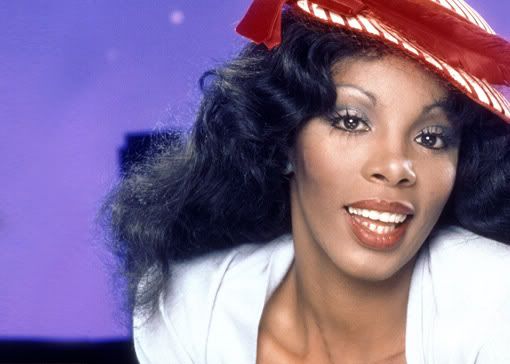 Music legend Donna Summer didn’t just inspire a generation of music fan, she also touched the lives of a number of celebrities. Find out what people like Beyonce, Nicki Minaj, Chaka Khan and Aretha Franklin said inside about her passing….

In addition to those who already knew and loved the queen of disco, a new generation of music lovers were introduced to disco queen Donna Summer through Beyonce’s sample of "Love To Love You Baby" on Bey’s "Naughty Girl" track off her Dangerously In Love debut solo album.  Now, Mrs. Carter is joining a long list of celebs paying homage to the diva and her musical legacy.  See what other celebs are saying below:

DONNA SUMMER MADE MUSIC THAT MOVED ME BOTH EMOTIONALLY AND PHYSICALLY TO GET UP AND DANCE. YOU COULD ALWAYS HEAR THE DEEP PASSION IN HER VOICE. SHE WAS SO MUCH MORE THAN THE QUEEN OF DISCO SHE BECAME KNOWN FOR, SHE WAS AN HONEST AND GIFTED SINGER WITH FLAWLESS VOCAL TALENT. I’VE ALWAYS BEEN A HUGE FAN AND WAS HONORED TO SAMPLE ONE OF HER SONGS. SHE TOUCHED MANY GENERATIONS AND WILL BE SO SADLY MISSED.

MY LOVE GOES OUT TO HER FAMILY DURING THIS DIFFICULT TIME.

So shocking to hear about the passing of Donna Summer. In the 70s, she reigned over the disco era and kept the disco jumping. Who will forget “Last Dance.” A fine performer and a very nice person. She was a delight to the industry. She and Giorgio Moroder made sales and musical history in the 70s.

"I was shocked to hear about Donna. She was so vital the last time I saw her a few months ago. I loved doing the duet with her. She had an amazing voice and was so talented… It’s so sad."

"Rest in Peace dear Donna Summer. Your voice was the heartbeat and soundtrack of a decade."

"I’m so sad about the news that Donna Summer died this morning. I was a big fan. I even used one of her songs in my show that airs today."

"I may be an 80’s baby, but I loved the disco era. Donna Summer & Diana Ross were the inspiration for my 70’s scene in Pretty Girl Rock vid!"

"Whitney. Tina Marie. Vesta. Now Donna Summer. The choir in heaven has a new member. They will be singing up a beautiful storm"


"This cant be true. I cant believe this RIP Donna Summer. At a loss for words"

"Words truly can’t express how much we appreciate your prayers and love for our family at this sensitive time."

We will miss Donna Summer! She changed the world of music with her beautiful voice and incredible talent."

"When you lose a friend you feel like they are gone forever.that is not true with my dear friend Donna. She was a queen, THE Queen of Disco, and we will be dancing to her music forever."