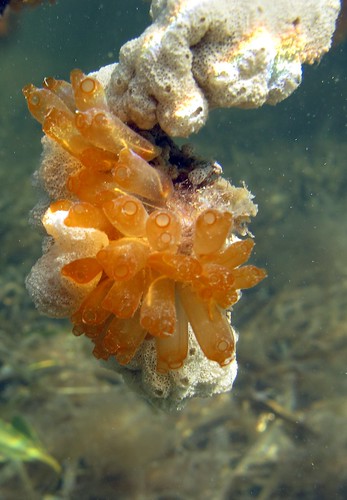 Image by nashworld
Photographed in the mangrove shallows immediately surrounding Shell Key… is a white colonial tunicate and the Mangrove Tunicate, Ecteinascidia turbinata, is a reasonably common Ascidian found in mangroves and shallow reef habitats in the tropical Western Atlantic. A promising anti tumor compound has been isolated from this organism. However, much of what I’ve read seems to suggest a struggle with both an inability to harvest enough of the tunicates to derive the needed volume of the compound, and the inability to completely synthesize the compound in the laboratory. However, this source seems to suggest that successful synthesis is ongoing at this point:

"The mangrove tunicate produces a compound called ecteinascidin-743 (ET-743, also known as trabectedin), which has gained attention for its anti-cancer properties (eg. Carballo et al. 2000). Although clinical trials support its effectiveness in reducing various solid-type tumors, the size and abundance of this ascidian make large-scale production of ET-743 difficult and costly. Approximately one metric ton of E. turbinata must be collected and extracted to produce one gram of the cancer-fighting agent (Proksch et al. 2003). In recent years, the medical industry has been producing trabectedin through semisynthesis (Cuevas & Francesch 2009), currently eliminating the need for the original natural product. Trabectedin, marketed under the brand name Yondelis, is the first marine anticancer agent approved in the European Union for use in patients with soft tissue sarcoma (STS) (Cuevas & Francesch 2009). In the United States, the drug is undergoing clinical trials where it has been shown to reduce or stabilize the growth of STSs, including leiomyosarcomas and liposarcomas (Amant et al. 2009, Schöffski et al. 2008)."
(from Smithsonian Marine Station)

It is significant that this marks the first marine organism yet to yield a pharmaceutical compound effective in cancer treatment. 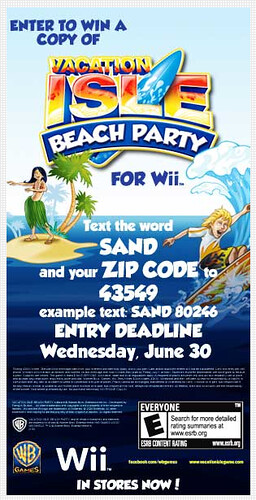