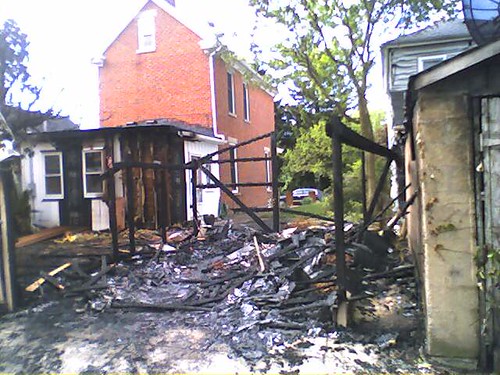 Image by soldierant
I walk the dogs over to the alley to assess the damage. one carport gone, neighboring garage (an older type – probably not big enough to hold a car) will probably be scrapped. The back addition to the house looks structurally sound but probably isn’t. Both neighboring properties’ siding is buckled and peeled. The WOW Internet/Cable guy is working on the lines (burned down) and I’m wondereing when SBC will get phone service going again. Thank god for ubiquitous mobile phones, cause there would’ve been a whole lot of 911 calls that didn’t get through last night. 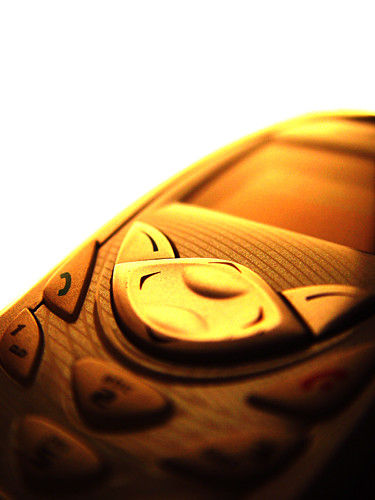 Image by drp
On April 19, 2005, Oregon prosecutors filed aggravated vehicular homicide against Angelique Dipman, 27, a day after the death of 5-year-old Dameatrius McCreary.

The crash happened on a Thursday afternoon around 3:30pm on Starr Avenue in Oregon, USA. Police say a school bus stopped, with warning lights on and stop sign out, to let McCreary off the bus. Ohio laws require drivers to stop, but police say 27-year-old Dipman drove past the bus, and hit McCreary, throwing him several feet into the air. McCreary was taken by helicopter to The Toledo Hospital where doctors pronounced him dead.

Police believe Dipman was on her cell phone at the time of the accident which may have distracted her. "You just don’t drive by a stopped school bus with the lights flashing unless there is some distraction in some shape or form," said Oregon Police Chief Tom Gulch. The mother of Dameatrius, Sandra TenEyck, agreed by saying "This woman was on a cell phone. She didn’t stop for a bus that had its stop sign out. I mean you have to see that. There’s no way."

Local News Channel 11 checked Dipman’s driving record and found her license has been suspended twice, she has been cited for speeding 4 times, and also received a child restraint citation in the past.

Dipman appeared for an arraignment in Oregon Municipal Court, pleading not guilty to the charge of aggravated vehicular homicide. She will be back in court on June 27th.

"I think you and I sitting here or anybody else is guilty of using a cell phone as we’re driving," said Mayor Marge Brown of Oregon. That’s why Brown thinks the city should consider enacting a law banning the use of cell phones while driving. "How many others are distracted by cell phones and usage? How many others are paying attention, either eating, doing make-up, radio blasting or on the cell phone? How many accidents have been caused because of that?" Brown asks.

In 2003, 33 states introduced bills that would ban the use of hand-held cell phones while driving. To date New York is the only state with such a ban. It went into effect in December 2001.

"Actual Driving And Talking Accidents" can be found on the website of the syndicated National Public Radio show "Car Talk."

As a way of returning the extraordinary generosity and support you
have all shown me in this great community, whenever I upload a new
pic or series of shots this year, I’ll provide a link to another flickr
photog whose work, personality, or spirit I feel you should discover.

Visit and introduce yourself. Make a friend. Share the love.