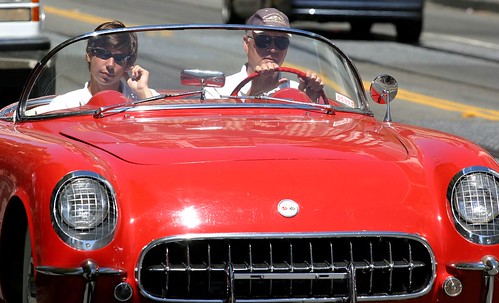 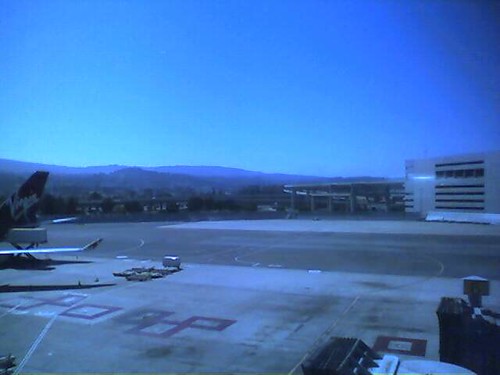 Image by renaissancechambara
I found this newsletter article very interesting as a from my Europeam perspective, the ship has already left the pier. For example I promoted Endemol and Channel 4’s Big Brother video content on mobiles via Vemotion a few years ago.

However you cannot ignore the power of US programming (such as Lost, CSI, 24) and the creativity the US media companies bring. It will be interesting to see how the likes of Time Warner catches up to and competes with European mobile media players.

Big media wants to deliver content through your mobile phone. At least that’s what can be gleaned from Tuesday’s announcement that Time Warner (parent company of Business 2.0) made a strategic .5 million investment in Glu Mobile during its most recent round of venture funding. Glu, based in San Mateo, Calif., is one of the pioneers in the burgeoning mobile entertainment market. Since it was founded four years ago, Glu has pushed the wireless platform as a standard for consuming rich media with its collection of videogames, ringtones, and sports applications for cell phones.

The investment from Time Warner is significant for two reasons. First, it provides the company with additional cash to help finance its ongoing global expansion.

Second, and more important, it opens the doors for Glu to make popular Time Warner content deliverable over mobile devices. While the investment doesn’t guarantee access to Time Warner’s stable of brands, it’s a sterling endorsement. Glu has already established licensing agreements with Time Warner’s Cartoon Network and will launch additional products based on the network’s popular "Adult Swim" programs later this year. Glu chief executive Greg Ballard sees it as a precursor of deals to come. "It gives us access to their corridors," he says, "and should lead to some very interesting products."

In exchange Time Warner receives something equally important: a clear view into the mobile industry. As part of the agreement, which took a year to hammer out, Turner Broadcasting System president Andy Heller will receive a seat on Glu’s board of directors. From this perch Heller can see firsthand just how complicated it is to bring a product to market across thousands of different handsets and hundreds of carriers. In Glu, Time Warner gets a partner that has established distribution agreements with nearly 90 wireless carriers worldwide and has developed a reputation for being able to bring products to market quickly. "This business is incredibly complex," Ballard says. "At this point it would be very complicated to start from scratch."

It’s the size of the market that makes it impossible for media companies to ignore. For the foreseeable future, the cell phone will remain primarily a tool for making phone calls. Eventually, however, it will become a platform that serves many different forms of media, from music to movies. By 2008 more than 2 billion people around the world will own mobile phones. If just 10 percent of these cellular owners use their phones to view news clips, play games, listen to music, or consume any other form of media, that’s a multibillion-dollar opportunity for media companies and mobile content publishers alike. "Nobody wants to miss this," Ballard says.

Other media moguls are certain to follow Time Warner’s move. Barry Diller and John Malone are said to be looking at potential investments. They are both seeking ways to extend their existing properties — Expedia.com or Match.com, in Diller’s case — and the mobile platform is a logical next step. No other product in the world is as ubiquitous as the mobile phone; it’s one of the few devices consumers carry with them everywhere. News Corp. and Disney have already made strategic investments of their own. Fox Mobile Entertainment is working with another mobile content publisher, I-Play, to bring the hit television show 24 to subscribers’ mobile phones. Meanwhile, Disney has set up its own wireless division to find ways for Mickey Mouse and other popular characters to make their way onto handsets. In other words, it’s only a matter of time before consumers will be offered their favorite media content on their cell phones.