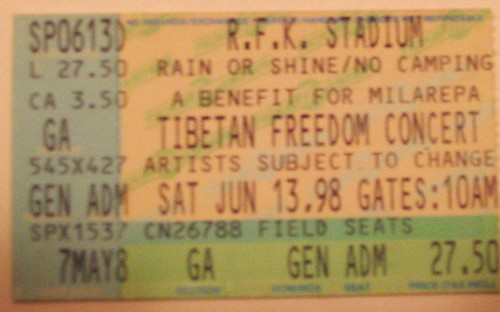 Image by tonbabydc
Like a dumbass, I only bought tickets to one day of this two day festival. Then, like a bigger dumbass, I figured I could just find my friends in RFK Stadium in the pre-cell phone era. (in my defense, I knew about 30 people who said they were going to be there). Of course, this did not happen, so I wondered around by myself all day.

Half way through the afternoon a storm broke out and a girl got struck by lightning, ending the day’s festivities. I got to see KRS-ONE, Live, the Dave Matthews Band, and Herbie Hancock before things went to hell. And dammit, all I really wanted to see was Sonic Youth. Instead, I saw Mike Stipe out and about after the festival had been canceled (and, subsequently, as the sun suddenly came out and it became a beautiful summer day, is will often happen in Washington, D.C.).

Ended up walking all the way to Eastern Market just to get on the Metro. Crappy concert, crappy day. 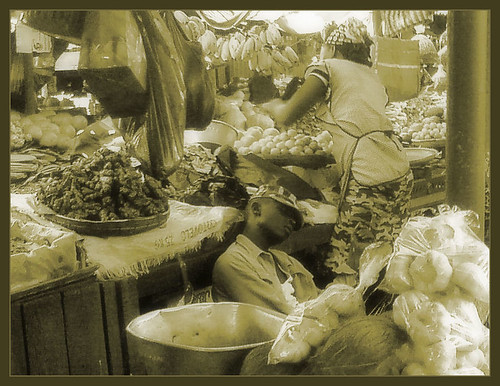 Image by Mozambique – Moments
Taken with my cell phone… A useful toy when you leave your camera behind !!