What do you think todays recording technologies have improved on opposed to the earliest recording device?

Home/Todays Technologies/What do you think todays recording technologies have improved on opposed to the earliest recording device?
Previous Next

What do you think todays recording technologies have improved on opposed to the earliest recording device? 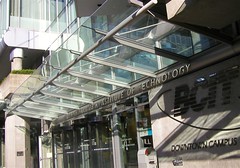 Question by somethingcorporate<3: What do you think todays recording technologies have improved on opposed to the earliest recording device?
any suggestions?

I would say there are three real areas of improvement;

The first was in Fidelity and frequency response: the earliest mechanical recorders used a horn to directly transmit soundwave to a moving needle that then etched the wave on some medium (foil cylinder, wax disk etc). This earliest process suffered from two great disadvantages. it wasn’t very “sensitive” eg it required lost of volume from the sound source to move the needle, and wasn’t any good for very quiet sounds. Further it capable of recording only a small band of the full frequency range the human ear could hear. Listening to one of these was rather like listening to music over the telephone , not much bass or high end.

This problem got progressively better as electrical recording, that used microphones to pick up the sound and transmitted it electrically to the recording needle were developed. This allowed the recording of quieter sounds, as well as a better frequency response. By the early 1950’s it was possible to make very high quality recordings using the same basic technology.

The second area is that of convenience. Every new medium has been substantially easier to use than the last. Recording on tape was easier than recording onto disks, and eventually produced better results too. Digitally recording onto hard drives or into memory was even simpler and more portable. Playback became equally easier. I am old enough to remember the excitement went the first car tape players became available, and you could finally determine what music you were going to listen to in the car. Now the ubiquitous MP3 player goes everywhere , home, car, street.

The third area is cost,and hence accessibility to the public. In 1955, a good quality tape recorder cost over $ 1000 in to days dollars. Now you can buy a better recorder for one tenth as much. When I was young,. if you wanted to record your band, you went into a studio , that in the “70’s, cost around $ 100/hr. Now musicians can buy their own recording rig for what a few hours in the studio used to cost, and make recordings at home.

Just my own opinion. I have dabbled in recording technology for over 40 years.

Add your own answer in the comments!